To have the optimal experience while using this site, you will need to update your browser. You may want to try one of the following alternatives:

What to do if your house has mold 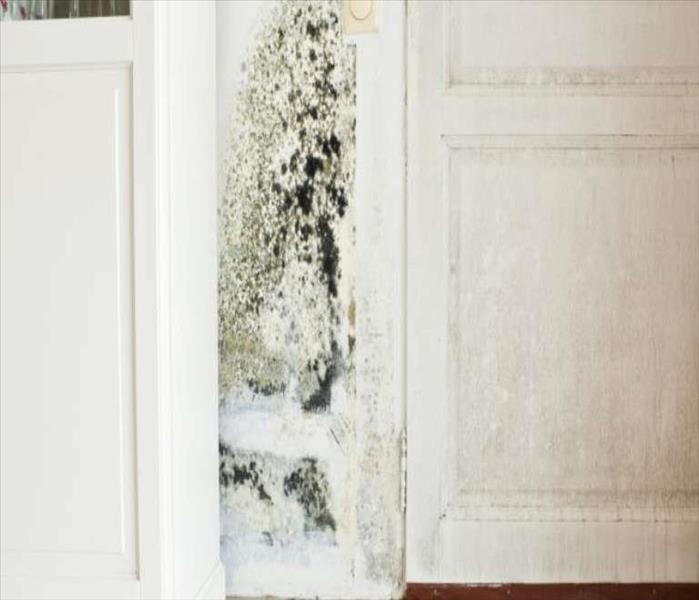 No mold is good mold, give us a call if you need help with any remediation or mold removal in your home today.

Mold. The very word can put terror into the eyes of a homeowner. After all, mold in your home can make you and your family sick. If nothing else, it looks disgusting. But it can also weaken your walls, ceilings and floor. And if you try to sell a house known to have mold, you might as well put a sign on your front lawn that reads: "Not For Sale."

So if you think you have mold, and plenty houses do – a 2003 University of Arizona study found that 100 percent of homes have mold (albeit not necessarily the dangerous kind) – what should you do?

Test for mold. That's probably the last thing you or any homeowner wants to hear because mold testing can be expensive, and there are plenty of horror stories out there. Several years ago, Gayle Lynn Falkenthal, who owns a public relations consulting company in San Diego, had a "wicked case of mold" in her kitchen.

"I had no idea it was developing until I could smell it," Falkenthal says.

It turned out to be mold that had developed due to a slow plumbing leak, and by the time she could smell the mold, it was so bad, she ended up having to hire a flood restoration team to gut her kitchen, remove the mold and rebuild a new one during the Thanksgiving and Christmas holidays. The mold removal alone – not including the cost of rebuilding her kitchen – set her back $15,000.

"My house looked like a hazmat scene," Falkenthal says, adding that on the bright side, "That's one way to get a new kitchen."

If you're deeply suspicious, it'll probably be worth it to hire a mold inspection company. The average cost to test for mold – not to remove, just to test – is $834, according to HomeAdvisor.com. If that price makes you ill, you could buy a mold testing home kit, which generally runs anywhere from  $10 to $50. That said, molding test kits have a reputation for being unreliable, so as the expression goes, let the buyer beware.

If you do have mold. Don't panic yet. This may not be a major problem. As noted, all homes have some mold. If it's a small area, generally less than 10 square feet, and not that this is a recommendation, but you may be able to do it yourself or hire a handyman to come in and clean it. Websites from RemoveMoldGuide.com to Good Housekeeping articles explain the process, which basically entails treating areas of mold with a mixture of 1 part chlorine bleach and 15 parts water while wearing goggles and making sure you're in a well-ventilated room.

But you may need to hire the professionals. Lynn Munroe, who owns a public relations company in New City, New York, says that about 10 years ago, her youngest son, then 8 or 9 years old, had an unexplained stomach illness, and his asthma was getting worse. Munroe had taken him to numerous doctors, all of whom had no idea what was wrong.

"Next to where it was dripping was a cedar storage closet with my kids' old clothes that I was saving for my sister's kids," Munroe says. "I opened up that door one day and the inside of the closet was filled with black mold. The wall of that closet leaned up against my sons' playroom – and his TV where he spent countless hours with his brother playing video games. Air tests revealed a really bad mold problem not only in the closet but in the air."

The very bad news: It set her back $40,000, including the costs of refinishing the basement. Munroe and her family also had to move into her sister's house for six weeks. The very good news: "My son's health condition improved immediately," she says.Avoid scams. Mold removal scams are fairly common. For instance, Kentucky has recently had a rise in reported residential mold cases after a spate of spring and early summer thunderstorms and flooding; this summer, the state alerted its citizens to be vigilant for scam artists and price-gouging by mold removal businesses.

And, of course, being aware that price gouging is a possibility is troubling. It's pretty easy to stay away from a clearly shady operation, like hiring a guy who does business out of the trunk of his car. You'd almost have to be a mind reader or a mold expert to know if a reputable company might be price gouging.

Still, if you're going to hire a company to remove your mold, "always get two bids, so you can get different opinions," says Sabine Schoenberg, a Greenwich, Connecticut-based real estate agent who runs the home improvement website ThisNewHouse.com.

But she adds: "To some extent, I'm a little sympathetic that mold removal companies can't always give you a hard-and-fast estimate since they don't always know what type of problem you have until they take a closer look."

Aside from getting multiple bids, make sure the company is also licensed, and find out how long they've been in business, she says.

Stay vigilant. If you aren't aware of any toxic mold in your home, keep an occasional eye out for it. "A lot of keeping mold away comes down to maintenance," Schoenberg says. "Anywhere you may have dampness, there can be mold. So look in dark and damp places. And it isn't always in obvious places. Like your washing machine, the tray where you put your soap, open that up and let that dry out."

John Bodrozic, co-founder of HomeZada.com, a home management website, echoes that advice and says these simple maintenance tasks will usually dramatically reduce your chances of having a mold problem. Mainly, he advises:

In other words, think of mold as a guest who knows it isn't welcome. So don't just hang out in the most popular areas of the house. Every once in awhile, be a good host and drop by the corners and crevices of your home that you normally wouldn't give a second thought about. Your mold is a visitor in your home – but a really shy one.